The ghosts of Nashville's recording studios grow in number, but not all ghosts are created equal. Some live on through their hits while others already are forgotten.
So let's continue our tour around Music City, where we'll explore two famous studios founded by "Cowboy" Jack Clement, the Sun Records legend who in the 1970s became a financially successful  Nashville producer. He possibly founded more studios than any other independent of his era.
His studios spawned new ones, creating some great music and training grounds for talented audio engineers who continue to practice their craft to this day.
And now, follow me into music history--and into the . . . 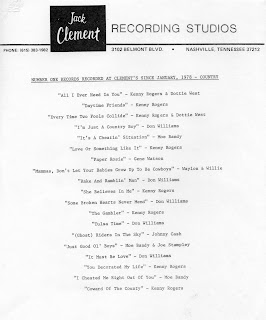 Jack Clement, the legendary writer-producer who worked at Sun Records in Memphis in the 1950s, opened his own studio in Nashville in late 1969, at 3102 Belmont Avenue, not far from the happenings of Music Row.
In 1974, Larry Butler and partner Al Mifflin bought the studio, retaining the name. It was during the Butler-Mifflin years that the studio became known as a huge hit-making machine. During the first six months of 1979, for example, about 11 percent of the Top 100 country singles listed in the major trade magazines were recorded at Clement Recording. At the time, about 150 studios were operating in Nashville, so Clement had a significant share of the business. Also that year, nine singles recorded there during the first 10 months hit No. 1.
Many of the studio's hits were made by various producers and companies, but Butler, a long-time musician, soon became one of Nashville's hottest producers of the period.
(Meanwhile, the Cowboy continued to be busy. He opened five studios, although some of them were privately operated.)
Back at 3102 Belmont, the big names of the 1970s were walking through the door: Kenny Rogers, Willie Nelson, Dolly Parton, Johnny Cash, Don Williams, Andy Williams, Don McLean, the Amazing Rhythm Aces, and Carrie Lucas, who cut a disco hit called "Dance With You." Soon after Butler bought the studio, he brought Rogers in and produced a string of singles that included "The Gambler" and "The Coward of the County." Mac Davis came in to record "It's Hard to be Humble."
Prior to Butler's arrival, hits had been plentiful at Clement. Ray Stevens recorded "Everything Is Beautiful," Gene Watson cut "Paper Rosie," and Donna Fargo did "The Happiest Girl in the Whole U.S.A."
The Clement Studio A measured 35x45 feet, with a 22-foot ceiling; Studio B, 25x45 feet with a 16-foot ceiling. In 1979, the complex featured a a Studer A-80 with 16- and 24-track capability, plus a Studer A-80 and a Studer B-67, both two-track recorders. The mixing console was a Harrison 32-32. If you wanted to record there, you paid $125 per hour for 16-track time and $165 per hour for 24-track time.
Through the 1980s, the studio continued to operate. Eventually, it evolved into Clement's Sound Emporium.
But that's another story. 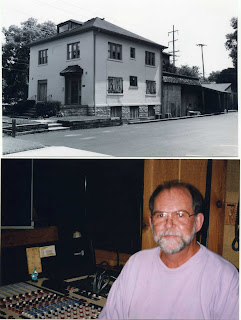 The studio as it appeared in 1999.
Below, Allen Reynolds at the board.
(Randy McNutt)

Jack's Tracks opened in the mid-1970s at 1308 16th Avenue South on Music Row. Originally, the building was a large brick house, built in the 1890s. As the Row expanded over the years, the house became commercial property. Jack Clement, a successful Nashville producer, operated a commercial art and photography studio there until he decided to turn the house into a studio.
The building also housed his JMI Records, which opened in 1971.
Producer-songwriter Allen Reynolds remembers how Jack's Tracks came to be: "I had come up from Memphis to write for Jack," he said, "and a bunch of writers pestered him to open a demo studio."
Clement agreed.
Reynolds liked what he heard. In fact, he loved it. So he became Clement's partner in the studio. In 1976, Reynolds bought Clement's share, and he continued to operate the studio until his retirement in 2010.
Immediately Reynolds began to turn out hit singles and albums by Don Williams, Kathy Mattea, Crystal Gayle, and Garth Brooks--all produced by Reynolds. In 1978, Ampex Corp.'s magnetic tape division gave its Golden Reel award to Reynolds; his engineer, Garth Fundis; and Gayle, for making We Must Believe in Magic. The project was mastered on Ampex tape.
The last time I visited Jack's Tracks (it was always known by that name), I found no sign to identify the studio. When I knocked on the door, Reynolds answered and invited me in for a tour. The Memphis native showed me the recording console and we sat down and discussed the changing record business, songwriting, and producing. He said he learned his way around the studio by watching Clement, who learned his way by turning out hits for Sam Phillips at Sun Records in Memphis in the late 1950s. Reynolds said Phillips was also his early engineering hero. "When he [Phillips] stopped at Jack's Tracks years ago, he said he liked it better than Jack's other studios," Reynolds told me that day. "The place has a certain homey feel to it that I've grown to appreciate. I was going to sell it once, but then I decided to hang onto it. It's not open to the public anymore. It's my private workshop."
In his place he recorded Gayle's hit "Don't It Make My Brown Eyes Blue," "Ready For the Times to Get Better," and "Talking In Your Sleep." Brooks cut his hit "The Dance" there.
In a front room, a bag of golf clubs sat in one corner. Recording awards and photos hung on the walls. The heavy wooden front door remained locked. Access to the control room was through the former parlor, where recording artists relaxed while listening to playbacks. "We didn't plan it that way. It just happened," Reynold said.
The control room was on the small side--about twelve feet long. It led into the studio, which was also rather small by modern standards. Dark commercial carpeting covered the floor; brown soundproofing material covered the walls. Wooden folding chairs sat around for musicians. Special booths were used for drums and vocals. In this unassuming place, Reynolds created Garth Brooks' projects, including the album that sold 10 million copies. In the 1980s, Reynolds used a 24-track Sony recorder and a Quad Eight (installed in 1980) console to replace an older Quad Eight. Although the studio went digital in its final decade or so, Reynolds still enjoyed hearing sounds made on tape. "I feel it brings a warmth and richness to recording," he told me. "The board I use is old, but it's sweet."
So was Jack's Tracks. 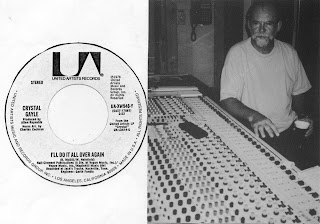 These studios and many others are featured in Randy McNutt's Too Hot to Handle: An Illustrated History of American Recording Studios of hte Twentieth Century, available through Amazon.com.