Still to Hot to Handle


This is the final installment of Still Too Hot to Handle. Several parts of the now-out-of-print book have been made available on this blog. They have been cut for space reasons. For additional and more detailed information on historic recording studios and their hits, see Too Hot to Handle: An Illustrated Encyclopedia of American Recording Studios of the 20th Century by Randy McNutt. It is available through Amazon.com. 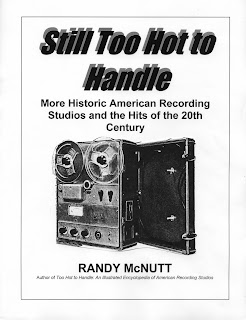 Top Studios
(one man's opinion, which might change tomorrow)
and other things 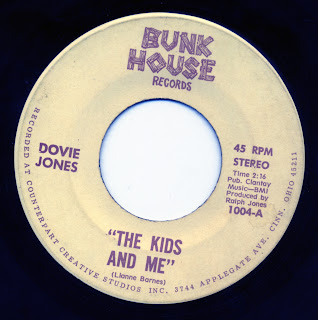 Bunk House was another house label of
Counterpart Recording of Cincinnati.

In the 1960s and 1970s, many studios started their own house labels for clients who had no other place to take their masters.

Universal in Chicago operated a label; so did Jewel Recording in Greater Cincinnati (Lonnie Mack recorded singles for owner Rusty York’s Jewel Records) as well as Gateway in Pittsburgh. House labels became important to some studios because they offered an opportunity to release product.

Other studios developed their labels as self-sufficient businesses that became more famous than their parent. Most of the studio-inspired labels never created a lot of national hit records, although local hits became plentiful. House labels differed from the few highly commercial—and successful—labels that used their studios’ names, such as King in Cincinnati and the Fame studio and Muscle Shoal Sound in Alabama. These labels were impressive commercial entities in themselves, and they didn't depend financially on the studios to keep them going.

The smaller house labels were more necessities than anything else. Studio owners realized their clients needed a vehicle to release product. In time, many of these local studio labels became known among clients and disc jockeys. Other times, labels inspired the creation of studios. In 1971, this happened in Cincinnati when Shad O'Shea, a former disc jockey, opened his Counterpart Creative Studio on Applegate Avenue in suburban Cheviot. He named the studio for his regional label, Counterpart Records, which he founded in 1963. He started using Counterpart as a house label, and added more over the years.

In retrospect, the house label filled a need and opened up opportunities for the release of new and independent music. 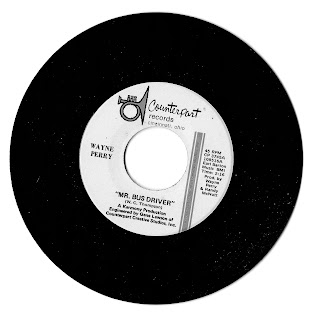 
Based on personal opinion, hit records, clout, and
cultural contributions to their communities and regions.*

*With apologies to a dozen other deserving studios. This list represents no numerical order of preference. Pioneering studios Edison, Victor, and early Columbia excluded. 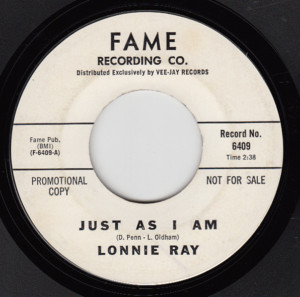 AMERICA’S TOP FIFTEEN INDEPENDENT REGIONAL RECORDING STUDIOS
Based on record sales, bookings, and musical and cultural contributions to their communities.*

*No order of ranking. Must be outside the major recording centers of New York, Los Angeles, and New York.  Although some of these studios continue to operate, the selection period covers only the halcyon days of the regional recording centers during which they operated.

Have you read the original?

Too Hot to Handle:

An Illustrated Encyclopedia of American
Recording Studios of the 20th Century 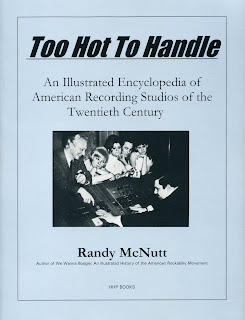 Loaded with facts, old advertisements, info on gear, and interviews with studio personnel. Learn about the legendary recording rooms, from Edison to Sony, and hundreds of important studios of the 1940s, ’50s, ’60s, and ’70s, including Gold Star in Los Angeles; Mira Sound, New York; Bell Sound, New York; Columbia, New York; and, of course, the “indie” touchstones—Sam Phillips’ Memphis Recording Service, Muscle Shoals Sound, J&M Recording in New Orleans, Motown Studio, Cleveland Recording, and King Studio in Cincinnati. This thorough and detailed book lists the hit recordings, the equipment, the engineers, the songs and sounds, and the buildings that made musical history. The book also has a softbound binding, large format, 224 pages, 8.5x11 inches, laminated cover, and 20 pages of rare photos and illustrations.

The book is available from Amazon.com for $25, plus postage.

What about Keystone Records in Philadelphia where Bill Haley first recorded and essentially invented what we know as Rock and Roll?
Surely there should be some mention of this embryonic and historic event.

There should be a plaque on the ground where it once stood..and some evidence for the argument that Rock was born. Besides Dick Clark's Bandstand, I would suggest that Bill Haleys recording at Keystone Records gave birth to the music scene of the 1950's.

This is really a nice blog in which you discuss some major info about music and how to concentrate on it.
https://www.creativestudiosla.com/