Rick Kennedy, my cowriter of Little Labels, Big Sound: Small Record Companies and the Rise of American Music, has a new book--an updated and expanded version of his wonderful Jelly Roll, Bix, and Hoagy: Gennett Studios and the Birth of Recorded Jazz. The book is still called Jelly Roll, Bix, and Hoagy, but it has a new cover, more information, and a new subtitle, Gennett Records and the Rise of America's Musical Grassroots. The greatly needed work, first published in 1994, was reissued in February 2013 by Indiana University Press.

Rick knows his subject. He has studied Gennett for two decades. A jazz enthusiast, he got into Gennett at first because of its historic connections to jazz. But years after his book was published to excellent reviews, he decided to rework it to feature more about Gennett's contributions to old-time country and other American roots music.

Gennett was a pioneer independent label based in Richmond, Indiana, in the early 1900s. It is considered a seminal jazz label, but many people don't realize that Gennett also recorded a lot of early country and blues acts. Gennett is considered one of the all-time great indies.

When Rick and I were planning to write Little Labels, we decided to include a chapter on Gennett to focus on some aspects of the label that were not discussed at length in Jelly Roll, Bix, and Hoagy. Now, Rick has revamped his original book to feature much more information than I ever expected to find. He has featured more about Gennett employees as well as other types of music issued by the label, which was devastated by the hurricane of the Great Depression.

Rick's book is being sold through Amazon.com and most other Internet outlets and book shops. It is a must-read for anyone interested in old-time country music, early indie labels, and seminal jazz. 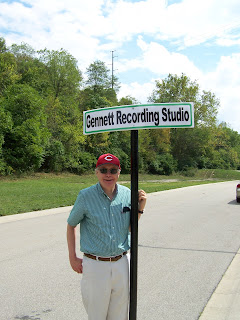 Randy McNutt stands near the site of
the Gennett Recording Studio during
a celebration of the label.

In a piano factory tucked away in Richmond, Indiana, Gennett Records produced thousands of records featuring obscure musicians from hotel orchestras and backwoods fiddlers to the future icons of jazz, blues, country music, and rock 'n' roll. From 1916 to 1934, the company debuted such future stars as Louis Armstrong, King Oliver, Bix Beiderbecke, and Hoagy Carmichael, while also capturing classic performances by Jelly Roll Morton, Duke Ellington, Blind Lemon Jefferson, Charley Patton, Uncle Dave Macon, and Gene Autry. While Gennett Records was overshadowed by competitors such as Victor and Columbia, few record companies documented the birth of America's grassroots music as thoroughly as this small-town label. In this newly revised and expanded edition of Jelly Roll, Bix, and Hoagy, Rick Kennedy shares anecdotes from musicians, employees, and family members to trace the colorful history of one of America's most innovative record companies. 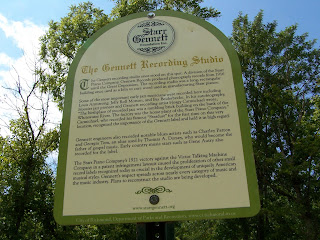 Posted by RANDY McNUTT at 1:35 PM No comments: 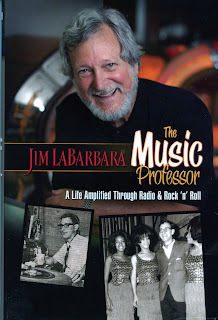 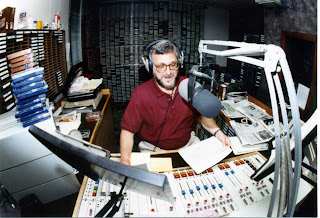 Posted by RANDY McNUTT at 11:03 AM No comments: